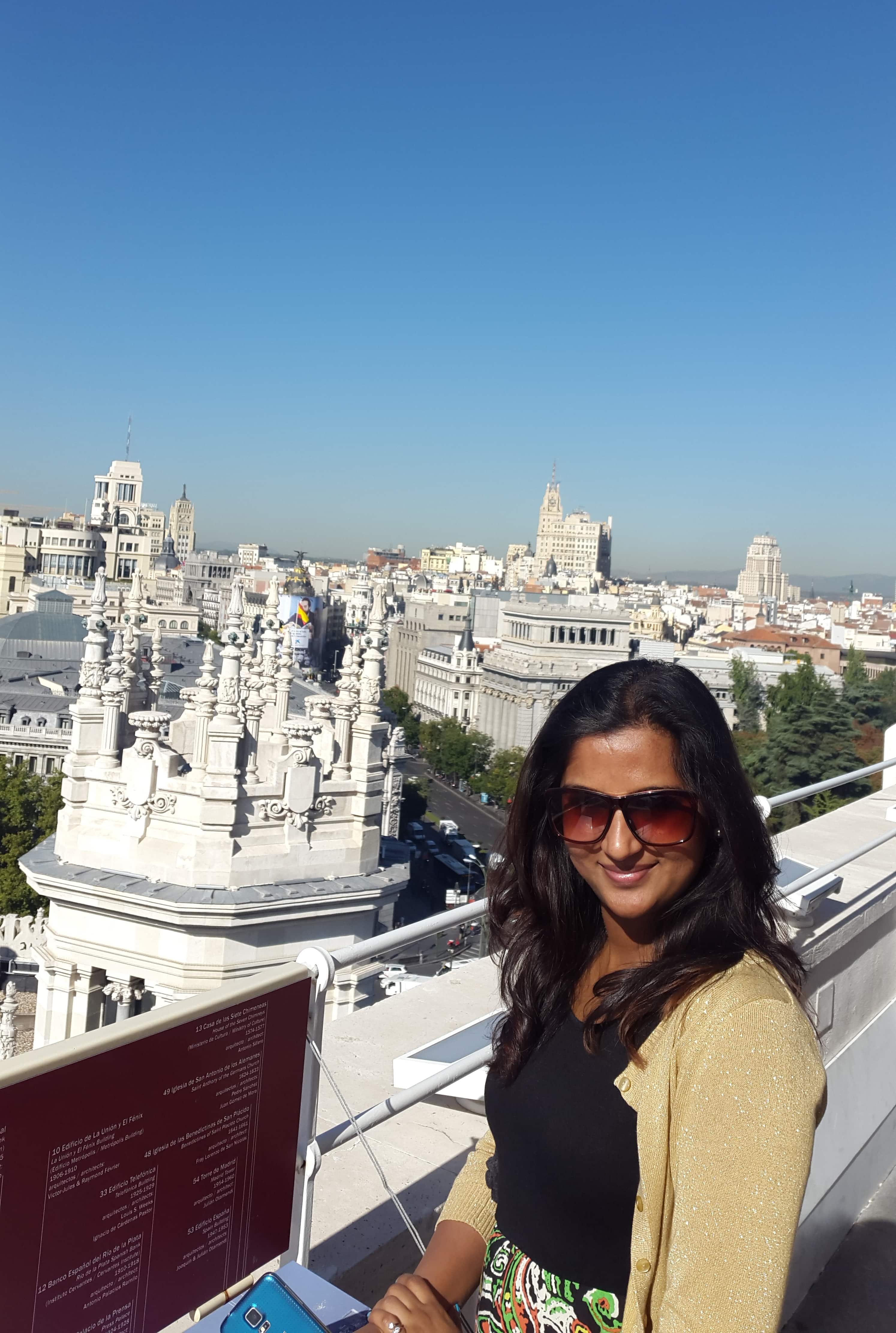 Palacio de Cibeles  previously known as the Palace of Communication ( Palacio de Comunicaciones) until 2011, is one of the symbolic monuments of the Madrid city. It was originally the headquarters of the Spanish postal service Correos as well as home to the Postal and Telegraphic Museum until 2007, since then it become Madrid City Hall. This cathedral-like monument was built by Antonio Palacios in 1909. Along with the building, its Cibeles Fountain situated right at the front, named after Cybele (Roman goddess of nature), is also one of the prominent symbols of the city. This marble sculpture is believed to have been built between 1777 and 1782, depicts the goddess Cybele sitting on a chariot pulled by two lions. The fountain of Cibeles has been adopted by the Football Club Real Madrid, whose fans use the area to celebrate its triumphs in competitions.

Entry: I believe entry to the City Hall to see the architecture and exhibitions are free but you shouldn’t miss the amazing view of the Madrid city from the observation desk in sixth floor. Ticket only cost 2 euros and its absolutely worth it! Ticket office is situated to the right of the main entrance of the building. I didn’t think many people aware of it as I didn’t read anywhere about the viewing area at the time of visiting. But I am glad we went ahead and enquired about it otherwise we would have missed an awesome experience! I have attached a picture guideline of the office and how to get to the viewing desk.

Ticket office to the right side of the main entrance 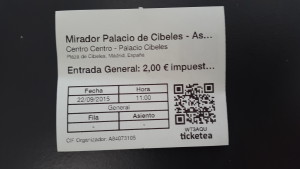 Ticket to the Observation desk

Take the elevator next to entrance and go to level 6 Observation desk Access. 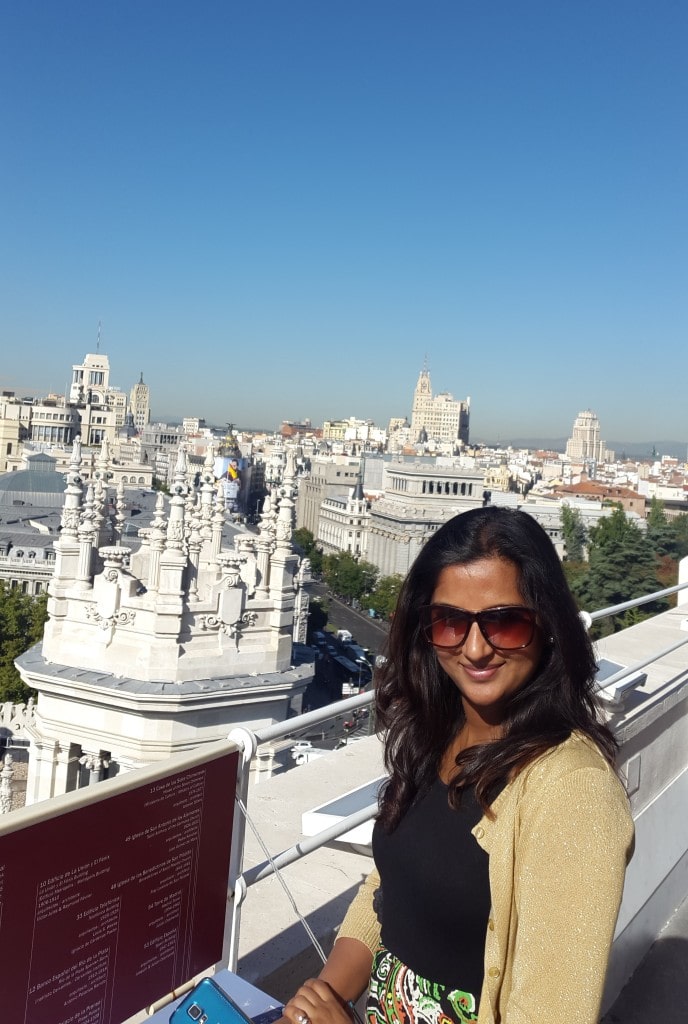 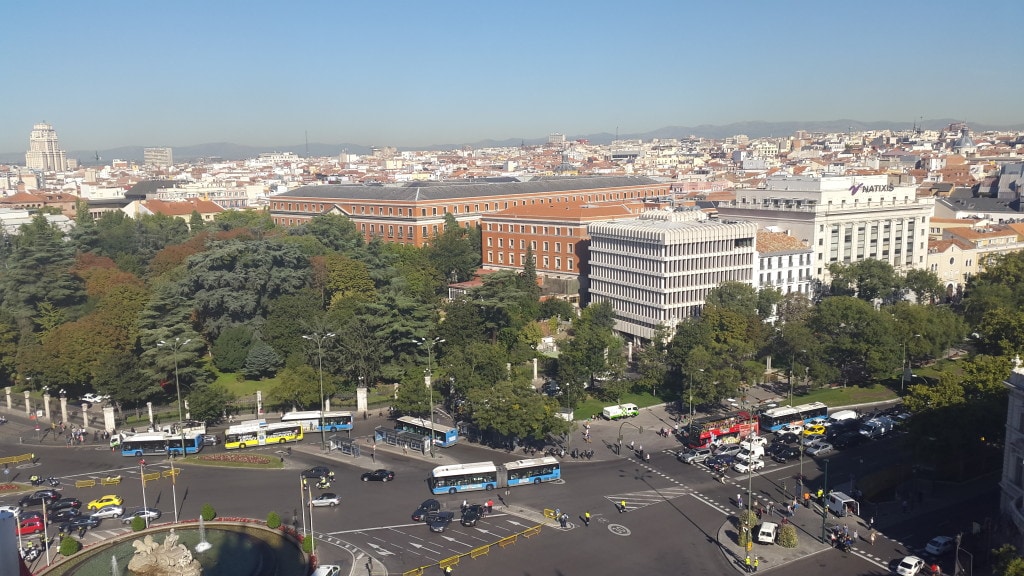 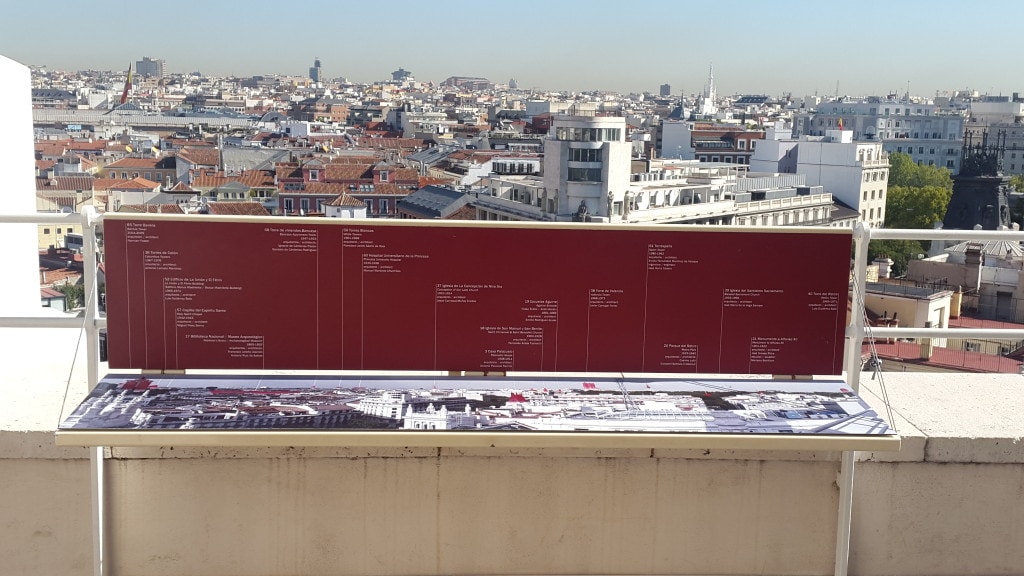 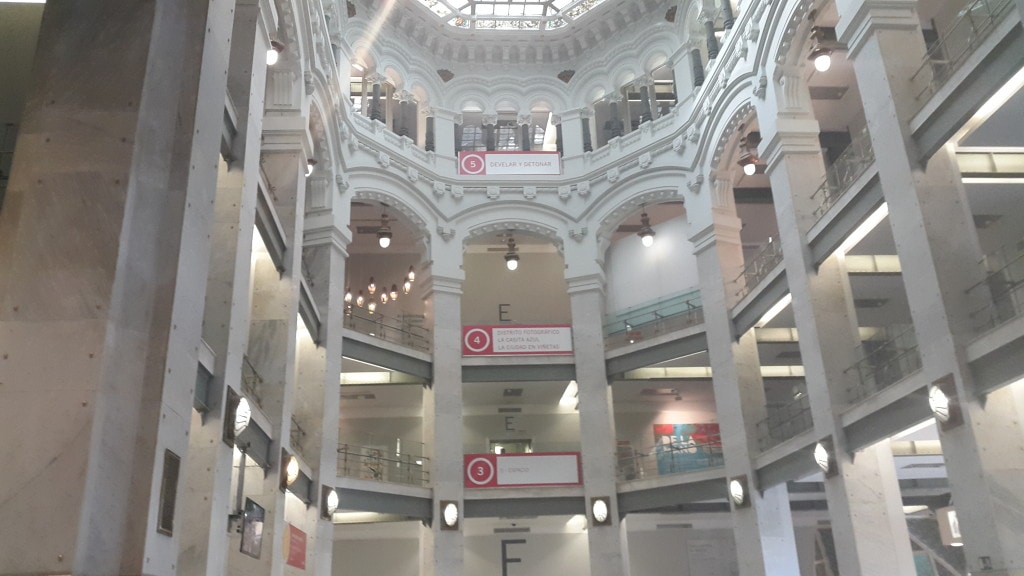 Inside of Palacio de Cibeles 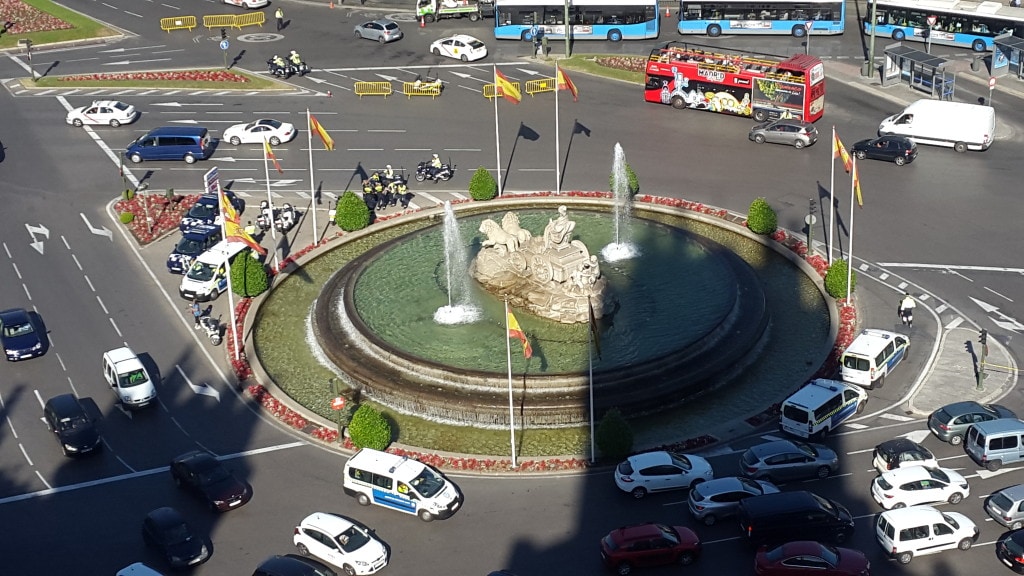 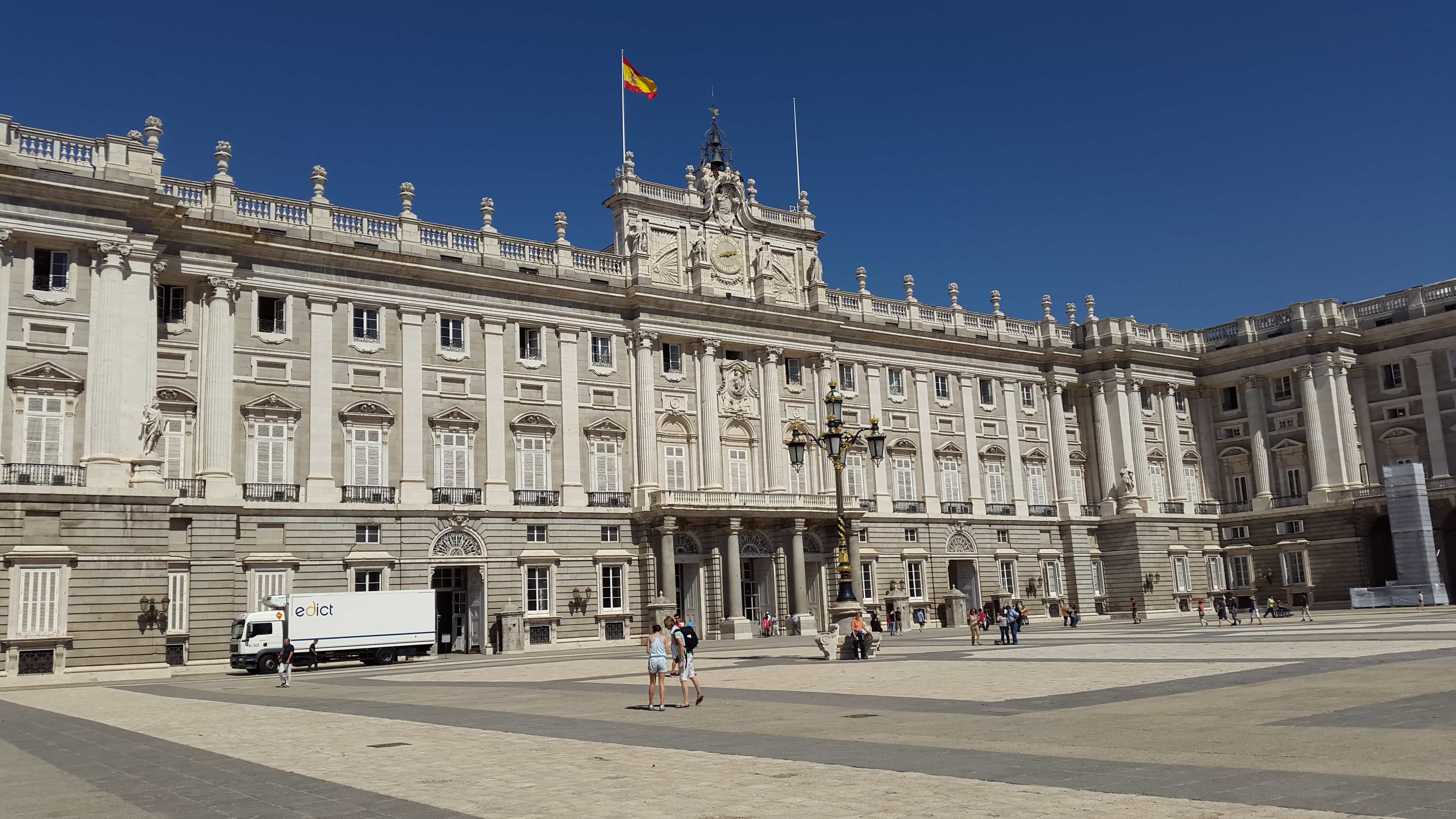 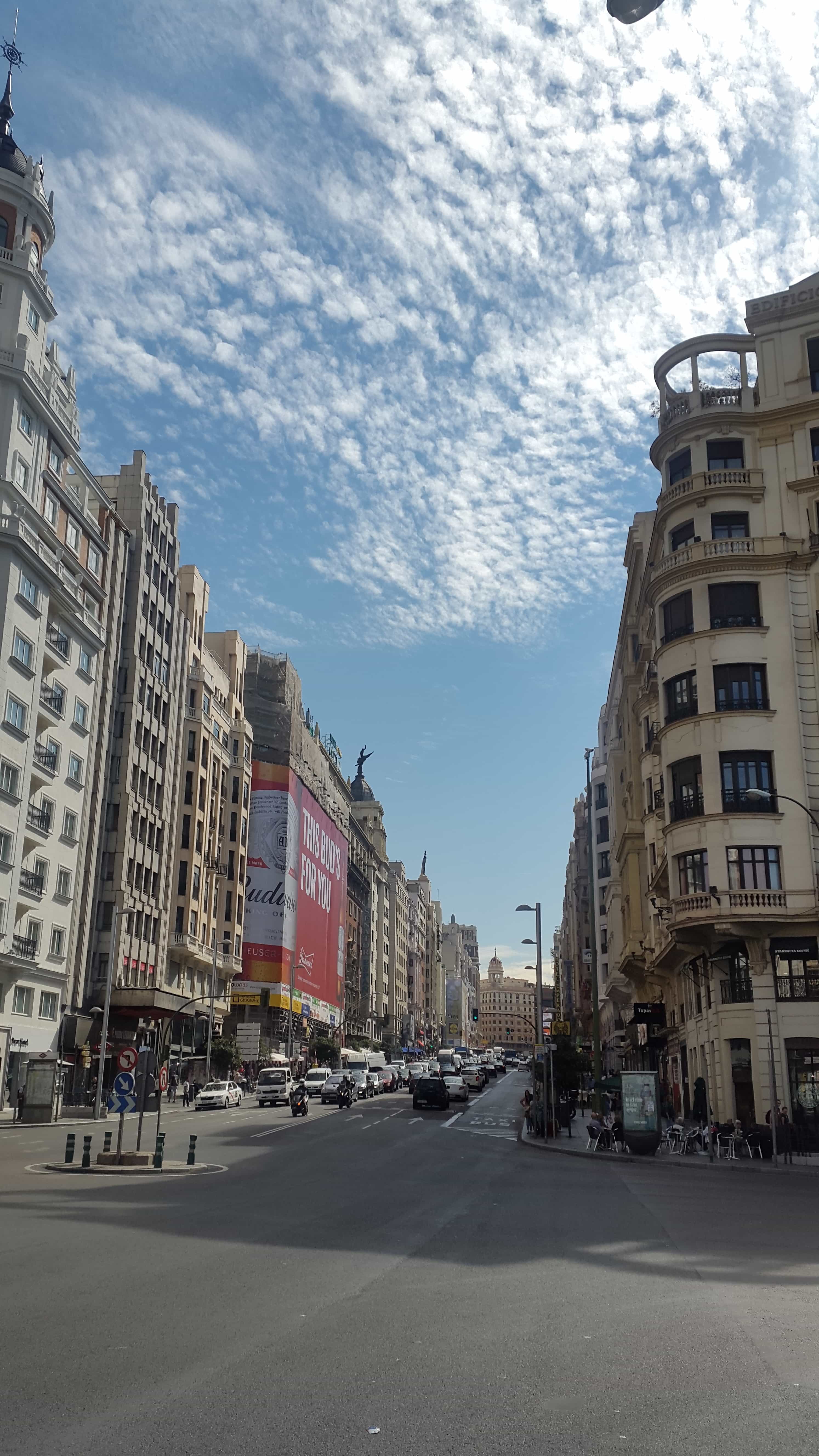 Foods to try in Madrid